Last Thursday, May 30, the first Women Transforming Cities (WTC) conference was held in downtown Vancouver, hosted by Simon Fraser University. It was a remarkable event: the culmination of a year (plus) of planning and organizing, and one of the rare instances with a structured forum for discussion among elected officials, planners, academics, activists, NGO leaders, students, and others (none of these groups being necessarily mutually exclusive, of course). Moreover, it was one of the few opportunities in a conference setting to participate in a focused conversation about how the full diversity of women are and are not being served by and within their municipalities. And the conference was unique in its emphasis on outcome: alongside the keynote speeches, there were six break-out sessions whose goal was, in part, to identify and develop best practices and recommendations to address the barriers that women face in their everyday lives. The intent is for these best practices and recommendations to be passed onto municipal leaders through a series of (not currently coordinated) efforts: 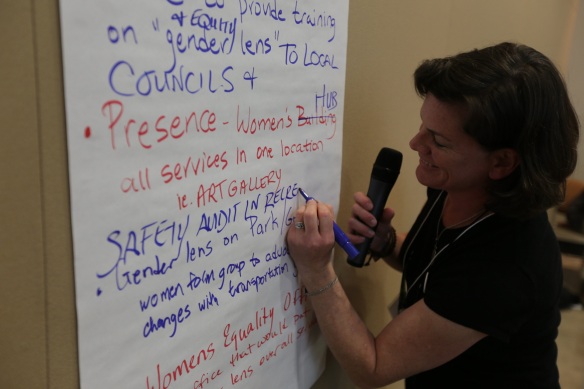 I served as both an organizer and keynote speaker at the conference, having become part of WTC through my position as Junior RWW Chair at SFU. I will write more about the content of my keynote in an upcoming post, but here I want to revel in the opportunity the conference provided to hear from leaders in so many different fields, all of whose work is making a tremendous contribution to making cities work for women, girls, and marginalized communities more broadly. The following are just a few of the highlights that I had the chance to see: 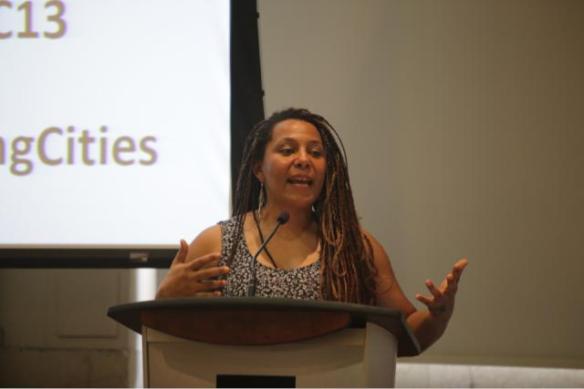 The next post will feature another instalment on the conference, including additional highlights from the speakers and sessions. Stay tuned for Thursday!